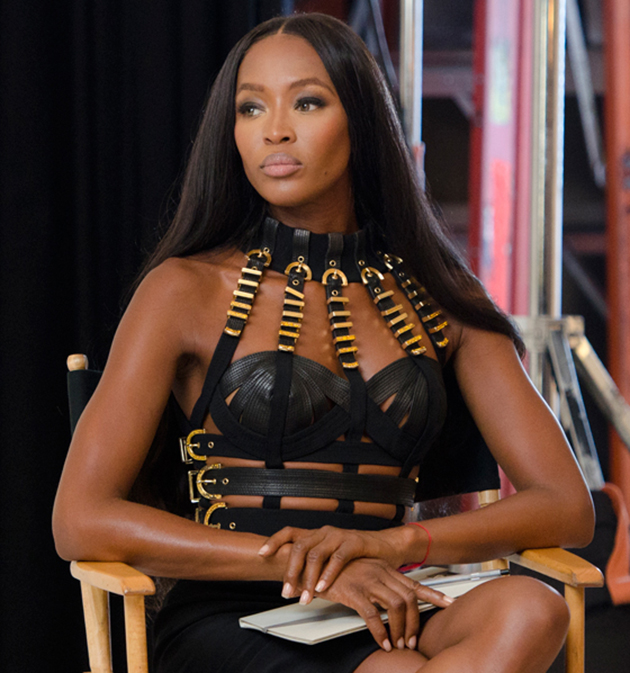 The world is shocked.

Well, not really, of course. Saying Naomi can be difficult to work with is like saying Madonna likes younger men, the sky is blue, Queen Latifah is gay, the Pope is Catholic, Ryan Gosling is hot… all are a given.

But for our continuing entertainment some new insights have come out, as reported by NYDailyNews, from insiders (a.k.a. scared models) connected to the modelling show The Face, hosted and ruled with an iron fist by Campbell.

It comes as no surprise that after all those years of experience Naomi knows who to keep as friends and who to destroy:

We’re told there’s been no shortage of screaming leading up to the season-two premiere, airing on March 5, which also features host Nigel Barker. “Nigel and Naomi are friends off camera, so she has no issues with him. It’s always with the girls”, says our source.

As with any other queen you will not speak before being spoken to:

Another set insider tells us that Campbell is a “full-on diva” from the minute she arrives for taping. “She refuses to talk to anyone off set”, says our source. Then there are Campbell’s wacky demands — like banning staffers’ greetings until she says hi first.

“She’s now not allowing anyone to do her makeup. She was taught by Kevyn Aucoin and thinks she knows better than everyone. She gets upset with them, then does it herself.”

And this is my favorite part:

“She’s taping her face skin back, which makes it look tighter, and hiding the evidence with her fabulous wigs”, one show insider tells us. “She’s a monster. She fought with everyone on set.”

You just know a diva who is willing to go to those lengths to look great will cut anyone who crosses her. You’ve been warned.