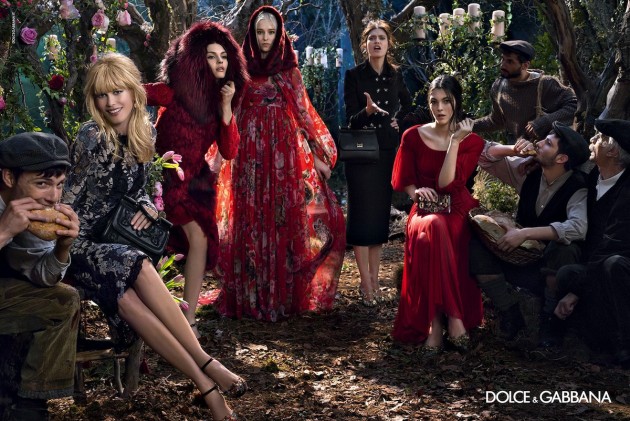 New scenes from the fall/winter 2014 campaign!

In real life Dolce & Gabbana have been found guilty of tax evasion, so I guess they decided to escape it all and create a dream land for their next winter campaign, starring none other than German freak of nature Claudia Schiffer.

The fall collection and ad campaign are set in a medieval fairy tale where apparently royals and their people hang around in the woods with stalkers staring from the bushes. It doesn’t make much sense but who cares about logic or a storyline when you have beautiful male and female supermodels doing what they do best: be pretty. Me likey.