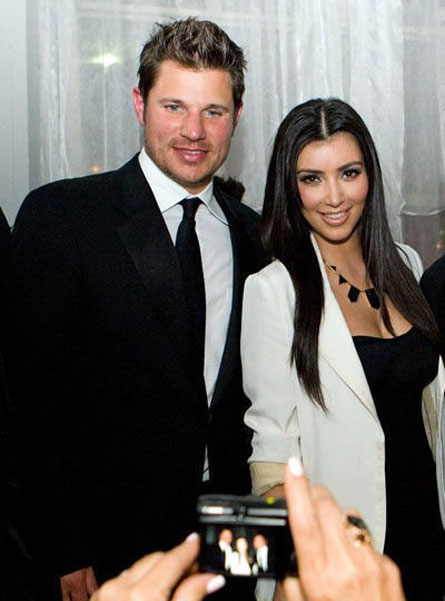 Ex-fling Nick Lachey claims Kim used him to get famous.

In the May issue of Details Nick opens up about his short affair with Kim Kardashian – yes, they dated. Very briefly supposedly, in 2006 when Kim was still a nobody.

Anyway, Nick claims Kim fed on his fame to build up her own. When asked by Details if their relationship is to blame for Kim’s current world domination Nick replied:

“That’s one way to interpret it. Let’s just say this: We went to a movie. No one followed us there. Somehow, mysteriously, when we left, there were 30 photographers waiting outside. [Laughs] There are certain ways to play this game, and some people play it well.”

OMG, can you believe it?!