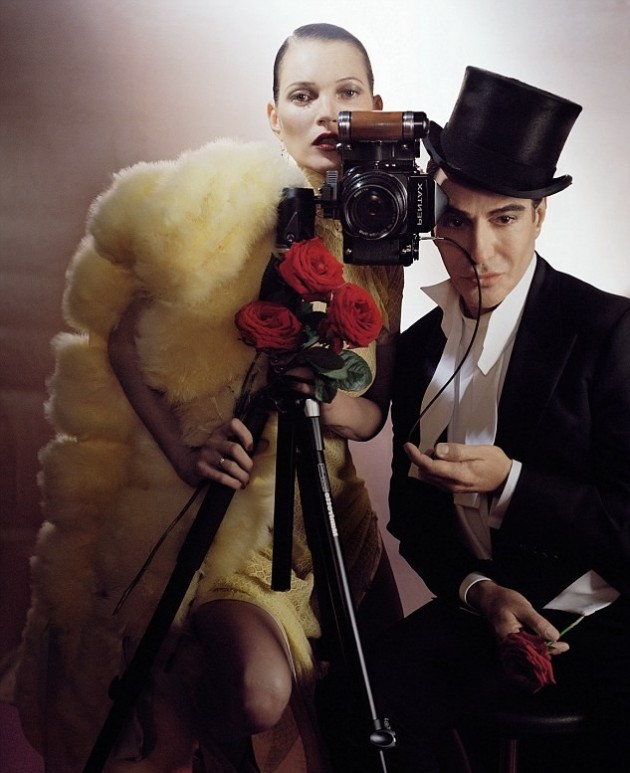 The best friends pose together for British Vogue.

After John Galliano turned out to be even crazier than we all could imagine, by screaming “Jews! Jews! Jews!” in a Parisian bar back in 2011, nobody in the fashion world wanted to be seen with him anymore. He was basically fashion roadkill.

Expect for one person, his BFF Kate Moss. The supermodel was one of the few who didn’t drop him like a hot potato. And the love is apparently still strong. Kate, who is a contributing fashion editor at the magazine, dragged John out of the abyss and landed him a guest fashion editor position for December’s British Vogue.

The result is this shoot. Only one picture of it has been released so far. But from what we can see, Kate Moss is still good at posing and giving us the dead look, while John Galliano still rocks at pouting and plastic surgery. It’s pretty much good old days all over again.